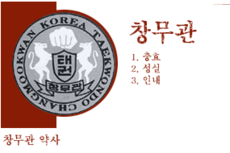 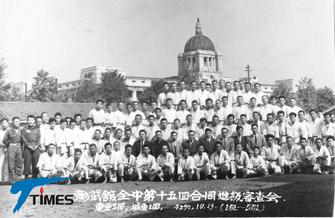 Taekwondo is a bare handed military art form and sport that that uses the hands and feet for attack and defense. The focus of Taekwondo is on training the mind along with the body, and for those learning the martial art it plays four different roles.

First, Taekwondo as an Exercise
​Taekwondo is a good exercise for children who are still growing as well as a good way for grownups to increase their physical endurance. Taekwondo’s movements require extensive use of the joints, which increases the limberness of one’s body. And because there is kicking, jabbing, and shouting involved, it’s also a great way to distress.

​ Second, Taekwondo as a Bare Handed Martial Arts Form
Taekwondo attacks the opponent with bare hands and feet. What sets it apart from other martial arts forms like Karate, Kung Fu and Judo are the powerful and varies leg movements involved, and that is what has enabled it to become a worldwide martial art. Taekwondo’s attacks are aggressive, but at the same time the being able to fight defensively is a critical aspect of Taekwondo. This can act positively for modern people wanting to learn Taekwondo as a way of self defense.
​
Third, Taekwondo as a Sport
​Unlike MMA and Kickboxing, Taekwondo is an official competitive category in major world sporting events such as the Olympics, Pan Am Games, Asian Games, All American Games, and South American Games. Competitive Taekwondo involves safety gear and set attacks and defenses, as to limit the amount of damage possible. This way, competitive martial artists can enjoy the thrill of competing with less of the risks.

​Fourth, Taekwondo as an Educational Meth
Taekwondo trains the body, but does as much to develop the mind. The objective of learning Taekwondo is to foster growth in both areas in order to become a more mature human being. Taekwondo’s disciples receive repeated etiquette lessons along with the attack and defense skills to build character.

Tae Kwon Do is the art of self defense that originated in Korea.  It is recognized as one of the oldest forms of martial arts in the world.  Though its tradition is ancient, reaching back over 2000 years, there is no one account of its development. The details presented here have been gathered and arranged from a number of different sources. 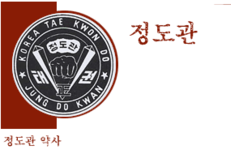 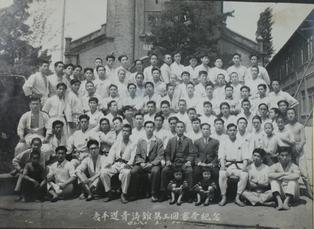 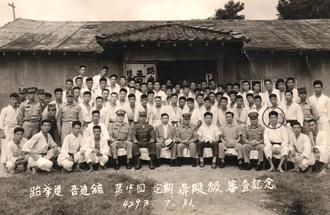 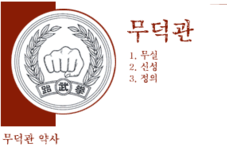 There are examples and history of Tae Kwon Do training in visually all the records of the different kingdoms that existed within the country throughout the centuries. The highest form  of  the ancient art was achieved in the kingdom of Silla.  This tiny kingdom constantly  faced attacks and opposition from larger and stronger areas. As a result of the ruler of the kingdom, King Jin Heung established an elite group of warriors called the “Hwarang” or “Flower of youth.”

The Hwarang consisted of the sons of nobles within the kingdom.  They were carefully selected and formally trained in all aspects of military skills including unarmed combat, which at the time was known as Tae Kyon.  It is significant that the Hwarang were taught not only the importance of developing their bodies, but their minds and spirits as well.  In addition to fighting techniques, the young warriors were instructed in history, poetry and philosophy.  The entire body of study was known as Hwarang Do.  The Hwarang gained skills not only for battle, but for daily life.  This relates directly to modern Tae Kwon Do training, which provides self defense skills as well as improved character, self discipline and confidence that can be applied to any task.

Following the Silla dynasty and the times of the Hwarang Do came the Koryo dynasty (935 AD – 1352 AD) from which Korea takes its name.  At that time martial arts practice, known as Subak Do, became popular as an organized sport with detailed rules.  The royal family sponsored competitions and demonstrations. Martial arts became deeply rooted in Korean culture. A setback occurred during the Yi Dynasty which began in 1393 AD.  At that time the ruling class de-emphasized the importance of physical and military training and the Tae Kyon began to lose popularity.  However, one significant contribution occurred in 1790 when the Yi Dynasty Monarch Chongjo ordered one of his generals to compile a reference book of all forms of martial arts in Korea.  Known as Muye Dobo Tongi, this book is one of the first of its kind.  It is comprised of texts and illustrations describing methods of practicing martial arts.

Thus, “Tae Kwon Do” means, “the art of kicking, blocking and punching.”  Tae Kwon Do, however, is not merely a physical fighting skill, it is also a way of thought and life.  Through disciplined training, Tae Kwon Do improves both the mind and body, placing great emphasis on the development of personal character.  Students are taught that self control, self discipline, kindness and humility must accompany their increased physical strength and ability. 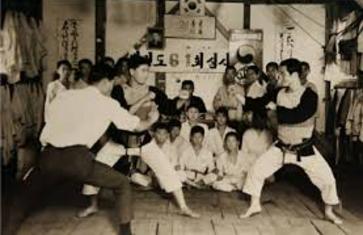 * Definition of Tae Kwon Do 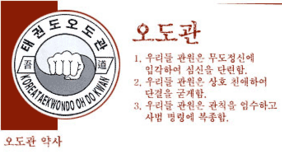 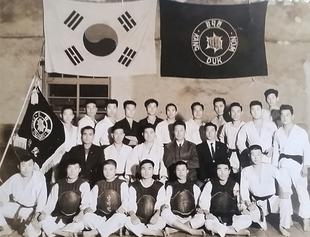 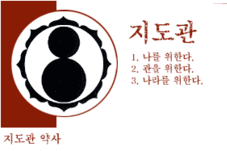 One of the earliest clues of Tae Kwon Do’s existence is a mural painted on the wall of a tomb that was built in the Korean kingdom of Koguryo, between 37 BC and 66 AD.  The drawing shows two unarmed figures facing each other in a Tae Kwon Do style stance.  Additional drawings in the tomb show figures performing blocks and wearing uniforms similar to those used in modern day Tae Kwon Do training. There is little question that the advancement of Tae Kwon Do and its techniques developed as the country of Korea developed. 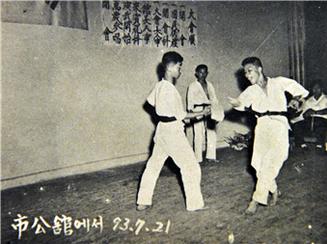 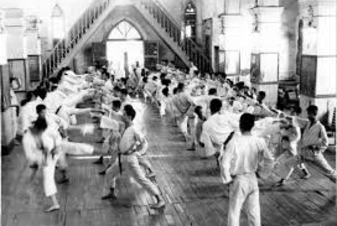 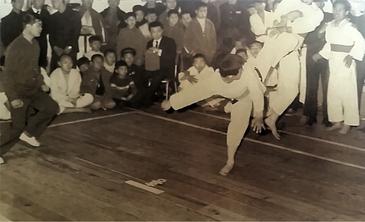 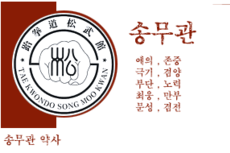 * Art Of Tae Kwon Do 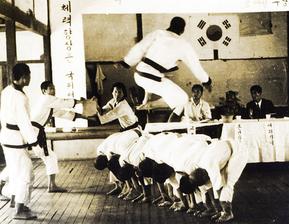 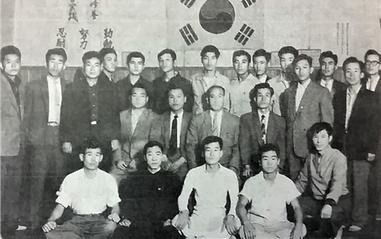 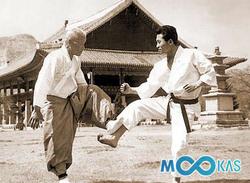 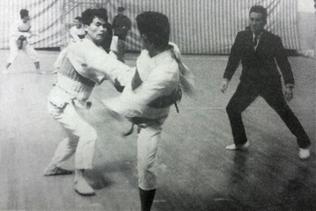 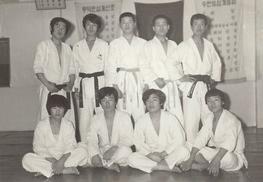 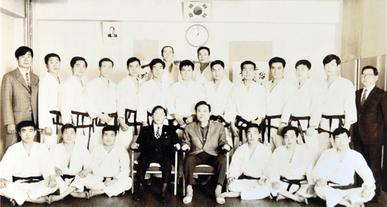 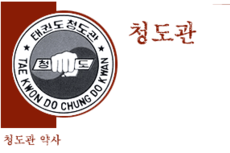 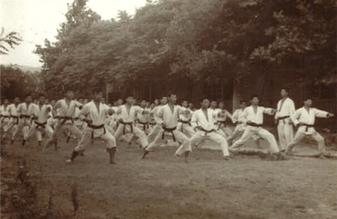 * History Of Tae Kwon Do 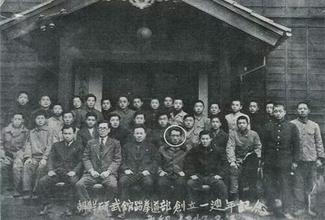 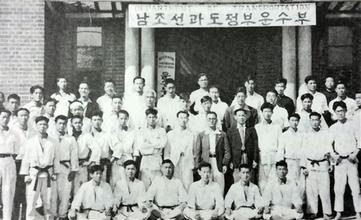 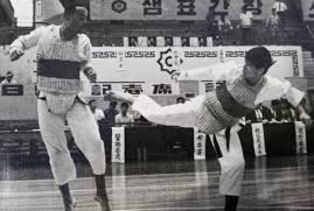 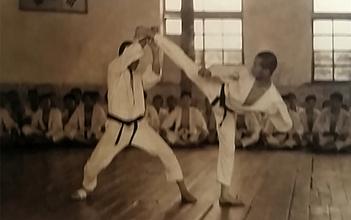